Why Is The Fed Sending Billions Of Dollars...? 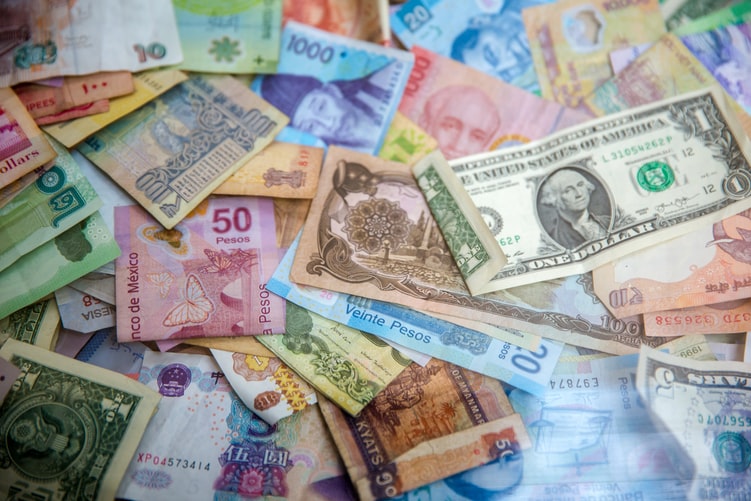 "As the global economy shuts down, the U.S. Federal Reserve has begun sending billions of dollars to central banks all over the world. Last month, it opened up 14 "swap lines" to nations such as Australia, Japan, Mexico, and Norway. A "swap line" is like an emergency pipeline of dollars to countries that need them. The dollars are "swapped," i.e., traded for the other country's currency."

"The answer has to do with the Fed's unique position in the global economy. Dollars are the lynchpin of global trade. International loans, debts, and bank transactions are largely done with dollars. Foreign central banks need dollars to stabilize their financial systems. The dollar isn't just America's money. It's the world's money. It's why when the COVID-19 crisis hit, there was a record-breaking rush to get dollars around the globe. And the Fed is the only institution with the power to print them."

"In opening up these swap lines, the Fed is behaving kinda like it's the central bank to the world."

"The Fed is selective about who gets access to the swap lines. Not surprisingly, countries like Russia, Iran, and China don't get them. And only four emerging markets — South Korea, Mexico, Singapore, and Brazil — do get them. The "swapped" loans are super short and almost riskless, not the type of longer-term development assistance loans typically given by the IMF and World Bank."

"These swap lines and lending facilities are all kinda shrouded in the mysterious and confusing language of central bankers, which is probably why many people haven't been paying attention. But to some, like historian Adam Tooze, the Fed accepting its position as a de facto global lender of last resort has represented something like a revolution in the world's financial system." --NPR

It will be interesting to see what currency takes over after the dollar as the global currency.