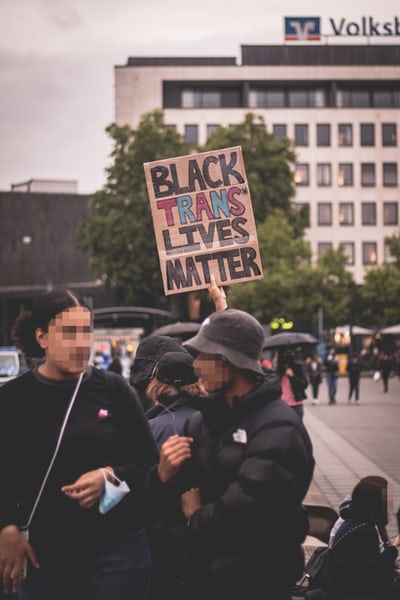 "Tens of thousands of people rallied across the US on Sunday, to campaign for the rights of black transgender people – a group particularly at risk of violence and of being killed.

In New York City, thousands of people gathered at the Brooklyn Museum to demand fair treatment for black trans people, while an estimated 25,000 marched along the Hollywood Walk of Fame in an “All Black Lives Matter” demonstration.

The rallies, which also took place in Chicago, San Antonio and Boston, came after two black trans women were killed in the space of 24 hours last week.

Dominique “Rem’Mie” Fells was found dead in Philadelphia on 9 June having been brutally killed, while Riah Milton was shot dead in a robbery in Liberty Township, Ohio, on the same day." - The Guardian

Article: Tens of thousands across US march in support of black trans people.